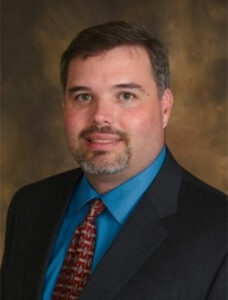 Sam Hale holds a degree in psychology from the University of North Texas and is a certified Mental Game Coach and licensed human resources professional with more than three decades of experience coaching and counseling employees, managers, and executives in corporate America. Sam has also spent the last 20+ years in a variety of coaching roles in and around youth sports, as his four kids explored the athletic universe by playing a multitude of sports. He and his wife Kristen started LAUNCH Peak Performance when they noticed a lack of resources for athletes that were either struggling with the mental aspect of their game or were seeking to get a competitive advantage over there competition, both of which they experienced with their own son as he navigated middle school, high school, and AAU basketball on his way to earning a scholarship to play collegiately.

As a certified Mental Game Coach, Sam helps athletes build and maintain their confidence while improving focus during competition, negate the negative self-talk that many athletes experience, and establish goals that enable them to achieve success within their given sport. Sam has worked with a variety of athletes, from middle school to college, and the success Sam has provided his athletes has garnered accolades from athletes, coaches, and parents alike. Mental Game Coaching can be done in person or through video conferencing online, with no office visit necessary. LAUNCH Peak Performance currently provides mental game coaching to athletes in multiple states!

When an athlete commit to mental game coaching with Launch Peak Performance, he or she is provided a mental aptitude assessment, which consists of a series of questions the athlete answers regarding the mental aspect of their game and highlights the areas the athlete would like to see improvement in. Not all athletes struggle with their mental game; some simply want to gain a competitive advantage over their competition by learning strategies or adding tools to help with their acuity and focus as they strive for “peak performance”. During a typical first session, athletes will be asked to clarify statements or expand upon items identified in the assessment. Once the assessment is complete, a certified mental game coach will review the information and formulate an Action Plan, identifying the areas of focus the athlete would like to see improvement in. Follow up sessions will include review and follow up of topics from previous sessions and introduction to new concepts to review in subsequent weeks. In between sessions, athletes are asked to implement the tools and strategies that have been discussed and will have follow up workbooks, eBooks, and other material to review and complete in preparation for the next session. Mental game coaching can be accomplished with in-office visits or conducted remotely via video conferencing. We work with athletes to develop a schedule that is conducive to their training, game time, and academic requirements.

Sam is happily married to his wife and business partner Kristen. They have four kids together and spend most of their free time attending practices or sporting events. 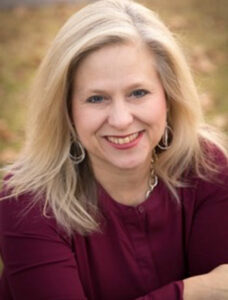 Kristen Hale is a consultant to Launch Peak Performance of Oklahoma. She is a Licensed Professional Counselor with a successful private mental health practice and is Board Certified in Neurofeedback through Biofeedback Certification International Alliance.

She received a B.A. in English from the University of North Texas, followed by an M.S. in Counseling from Oklahoma State University. Kristen was a competitive dancer throughout her high school and collegiate career, having been part of a National Championship dance team as a senior in high school and then being selected to the Kilgore College Rangerettes, the first collegiate dance/drill team in the United States. While a Rangerette, Kristen served as an officer as well as a member of a select jazz dancing troupe within the Rangerettes. She danced professionally for the Dallas Mavericks Basketball team for two years and spent fifteen years teaching dance across the country to middle school and high school students at NCA and Starmakers dance companies.

Kristen is a former high school teacher and coach of multiple award winning dance teams, including four state championship teams and two National Championship teams during her tenure as the coach of the Union Highsteppers in Tulsa, Ok. She is the founder of Oklahoma State Dance Team Director’s association and a former director of a spirit program of over 800 students and 30 coaches for Union Public Schools. Although retired from active coaching, Kristen still judges competitive dance and teaches and trains coaches across the country in the mental aspects of bringing out the best in athletic performance in a variety of sports.

Kristen is happily married to Sam and is a mother of four children, a girl and three boys. Her daughter was involved in local and scholastic theater productions during middle school and high school and is currently pursuing a Bachelor of Arts in Speech and Theater Education at Missouri State University. Kristen’s oldest son spent his middle and high school career as a competitive basketball player. Having had struggles with focus, her son underwent neurofeedback training and was able to increase his athletic performance on the court significantly, earning recognition as his high school team’s leading scorer, helping lead his team to a conference championship and being named as an all-conference athlete on his way to earning basketball scholarship opportunities to play collegiately. Her twins are both competitive athletes, compete in state-wide academic bowl competition, and have both used neurofeedback to help their performance edge, specifically to overcome perfectionism and performance stress.

As a consultant to Launch Peak Performance, Kristen lends her considerable blend of experience as a coach, performer, and neurofeedback provider, as well as a parent of competitive athletes and performers in order to help LAUNCH clients truly find their NEXT LEVEL with Mental Game Coaching and neurofeedback.